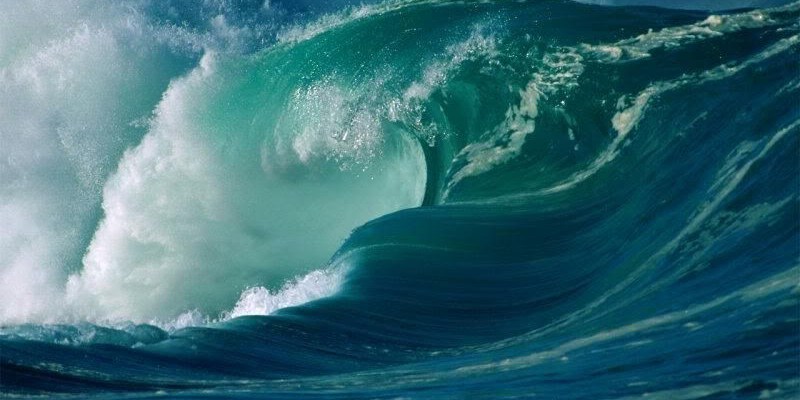 This was my first dream of the night, recorded on November 20th last year. It is another confirmation of Linda Clay’s post on z3News.com, Prophetic Dream: Supernatural Protection from Sudden Disaster. 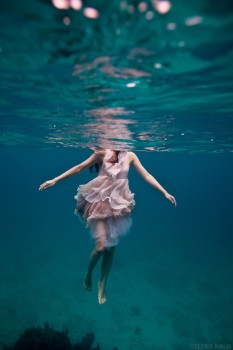 I was in the ocean, either standing on the ocean floor in water to my shoulders, or vertically floating, toes skimming the sand beneath. The sea was quite calm. Suddenly the ocean began to change. Wave upon wave came from behind me with no warning, much faster than is natural, and each wave lifted me higher. For example, a three-foot swell had time to drop back only a foot on the far side before the next one hit, for a net gain of 2 feet. At first they were all swells, but the swells soon gave way to waves that crested. Each wave was bigger, taller, stronger than the one before. It didn’t take long before I was floating, still vertical, in 50 feet of water, looking up at a way-beyond-massive wave curling over my head that must have been at least 70 to 100 feet or more tall. (No measurement was given me in my dream, but as I wrote it down, the thought came that it was no more than 120 feet.) 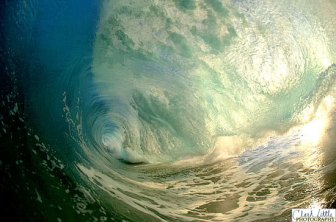 It too came crashing down on top of my head, with enough force that by all rights I should have been pile-driven up to my neck into the ocean floor. But even though this gargantuan wall of water crashed on top of me with a deafening roar, I was supernaturally lifted up within it to then ride the top of the wave, just as before the very first swell, and I was not hurt in the slightest. My hair didn’t even get wet.

There were other people too, but they were not a focal point in my dream. I saw very few in the ocean, both before and during the swells and smaller waves, maybe up to 10 feet, before they were hidden from my view by the larger ones. They were not evil, not spirits. I was not distressed about them. In fact, I was not distressed at any time in the ocean; I was filled with supernatural peace. “We’ve got to get to shore!,” I called out to the people after the unusual tsunami had passed.

Then the scene changed, and I was indoors. I wondered if I had been deposited there by the wave, and I wondered if the house was underwater. Downstairs in a two-story home, I saw that something was happening with invisible force. There were other people with me there, too, and again they were not evil and not a focal point. Feeling urgency in my spirit, I saw dry sand burying the staircase that I stood near, as if sand was being brought in and deposited by invisible waves. I could not tell where the sand came from; it just kept getting higher and higher.

Although I didn’t see any of the people in the house, I called out to them, “We’ve got to go up!” I knew that some of them had been with me in the ocean, and others were already in the house before we got there. They had been relaxing and enjoying themselves on the TV sofa or in other pursuits, oblivious to the tidal wave danger outside. The downstairs level grew increasingly dark as the sand piled up, but the upstairs level was light. As I climbed up, over the shifting, sloping sand, pulling myself on the oak handrail as if pulling my legs out of quicksand, I woke up.

That November morning, I thought the dream meant that the Holy Spirit would lift me higher and higher in His power and new giftings. I didn’t think about it terribly much other than in awe and gratitude, and did not initially ask God for an interpretation. (That was dumb!! Always ask God for His interpretation, what He wants to say to you, and what He wants you to do about it.)

God has been prompting me to go through my journal and post things as He leads me. (Some will appear here and some at z3News.com.) When I read Linda’s post in bed last night, the Spirit reminded me of this dream, and impressed on me to post it. It hadn’t crossed my mind much in six months, but last night I felt that He was telling me the ocean part of my dream has two interpretations, not one, with the second one being a declaration of God’s promise to keep His holy people safe supernaturally, even in impossible situations. (À la Psalm 91, and in confirmation of Linda’s dream.)

And I now know that while my original interpretation was correct, it was incomplete. God has gifted His righteous ones with multiple gifts, to be activated or released at the opportune time. This dream was a prophecy for many people besides me. If you are born again, righteous, abide in the Secret Place, and have sometimes felt that God must have given you more than one spiritual gift – or you hoped that He would – ask Him again outright in prayer. Pray through 1 Corinthians 12:1-12, asking the Spirit to show you which ones of the nine are your gifts. Then scour the Bible for lessons on how to use them for the Kingdom. Bone up! The time is short, and you will soon have use of them if you don’t already.

The house part of the dream also has two interpretations. It is a caution that even though we will have God’s protection, we will also still have to act for ourselves – and others – in some situations. This will take wisdom and discernment as well as brawn and bravery if we are to be the overcomers and conquerors of Revelation chapters 2 and 3. Remember, He has given us a spirit not of fear or timidity, but of power or strength, of love, and a sound mind.

The second interpretation is that of the symbolic. The sand – dry, not wet, and quickly rising – is representative of an hourglass, whose bottom half is rapidly filling. Time is almost out! The base level of the house – where most of the people were, incidentally – represents the base level of God’s people. It’s that part of us that cares more about comfort and fun than things of the Spirit or being righteous. The upper level of the house – brightly illuminated – represents the spirit level of God’s righteous people, being called to by the Holy Spirit.

The cloying aspects of the sand – like quicksand – are evil’s attempts to hold on to us and keep us trapped until we can be killed. The wooden handrail – providing the only way to reach the Light – symbolizes the secure cross of Christ, which was extended to each of us, as God Himself stretched to bridge the gap between [Him] and [us]. We cannot free ourselves of the evil unless we firmly grasp ahold of it with both hands. No turning back. Those who can’t bother to stir themselves to make the difficult journey upward, preferring instead to enjoy their fleshly pleasures, will be left behind and consumed by the growing, spreading evil.

Keep moving toward the Light!

5 thoughts on “Wave upon Wave”